In practice based past life research , Hazel Denning studied the results by eight Regression Therapists with nearly 1000 clients between 1985 and 1992. Results were measured just after the therapy, after six months, one year, two years and five years. Of the 450 clients who could still be tracked after 5 years; 24% reported the symptoms had completely gone, 23% reported considerable or dramatic improvement, 17% reported noticeable improvement and 36% reported no improvement (TanDam, 1990). Dr. Heather Rivera (2012) worked with 180 clients from a wide range of religious backgrounds and showed that apart from the therapeutic benefits 74% found their life was more meaningful and 80% found death no longer held any fear.

In evidence based past life research, significant work has been done by Ron Van der Maesen (1999). This was conducted using fifty-four clients who had reoccurring disturbing voices or thoughts. The Dutch Association of Reincarnation Therapists supplied the Past Life Therapists for the research. At a six month follow up after the therapy by an external Psychiatrist, the disturbing voices had disappeared in 25%, and a further 32% could now cope. Overall 80% had a positive subjective experience and would recommend this therapy for reoccurring problems like these in others.

Ron Van der Maesen (1998) also conducted past life research with Tourettes’s syndrome. This is a disorder characterised with involuntary repetitive behaviours. The current view has been that this is usually a lifelong condition. The work was conducted by 10 members of the Dutch Association of Reincarnation Therapists initially with 22 clients over the age range of 9 to 52 years old. Of the ten subjects who completed all the therapy and responded to the one-year follow-up questionnaire, 50% reported that their motor tics had for the most part largely disappeared or been greatly reduced in frequency. The same also applied to their vocal tics. Five also reported that they were free of medication, in sharp contrast to the pre-study period.

Returning to practice based past life research, Wambach (Snow,1986) conducted the largest study using 26 regression therapists who had worked with a total of 17,350 clients. Of these 63% reported an improved in a physical symptom, and 40% reported an improved their interpersonal relationships. In phobias Freeman (1995) has published interesting work on the effectiveness of Regression Therapy with anxiety and phobias.

Freeman T. B. (1997) Past life and interlife reports of phobic people: Patterns and outcome The Journal of Regression Therapy, Volume XI (1), International Association for Regression Research and Therapies

Snow, C. (1986) Past Life therapy: The experiences of twenty six Therapists The Journal of Regression Therapy, Volume I (2)

Rivera, H. (2012) in The Journal of Regression Therapy, Measuring the Therapeutic Effects of Past Life Regression, International Association for Regression Research and Therapies also see www.plrinstitute.org

Are you ready to make an enquiry? enquire now

Terms and conditions Due to high demand for past life regression 48 hours notice is required for cancellations. If not paying for the full consultation with paypal , please pay £50.00 deposit for first appointment. Non refundable if you do not attend the appointment or do not give 48 hours notice.

Thelma from Muswell Hill came to the Barnet hypnotherapy clinic for help with resolving issues with her sister.

"It was only by seeing you that it was resolved in my mind...to unlearn the habits that we'd had for the 19 or so years.Thanks to you I'm deeply grateful.It was so incredible, it was emotional, exciting, funny, but the most magical was the between lives."
Press play to hear the full interview.

Stephen C from Crouch End came to the Finchley, North London Hypnotherapy clinic for a past life regression to help with resolving relationship issues.

"It was extremely relaxing...it was like having a dream but being awake...it was absolutely amazing... it flowed one stage after the other...I got the closure I wanted...everything is clear again...the issue has all completely gone, it's like it could have happened to another person, it's given me the answers I needed, it's resolved the questions I had."
Press play to hear part 1 of the interview. Press play to hear part 2 of the interview. If you have found these hypnosis testimonials interesting, visit the past life regression page for more information

Past Life Regression – Questions and Answers

Having worked with many different healing modalities throughout the past 20 years including the use of some of the more esoteric traditions such as spiritual healing, reiki and the manipulation of what I can only term "energy", I then trained in clinical hypnotherapy and past life regression at the Institute of Clinical Hypnosis in London. I have since found the use of past life regression a powerful tool in helping people to create profound change in their lives. If you suffer from unexplained anxiety, fear, phobias, negative patterns of behaviour in your relationships, a past life regression may help to get to the source and resolve your issue.

How does Past Life Therapy work?

Sometimes the cause of symptoms you're experiencing in this life are rooted in the Past life. When we access and heal the Past Life, this life is free to improve. Past life regression is something that obviously attracts the more spiritually minded clients and those with a belief in reincarnation, but it can be interesting to realise that there are many different theories as to the phenomenom of past life regression.

Reincarnation, which is part of the belief system of several major world religions, is the belief that we have lived many times before and that our spiritual development evolves with each lifetime. The most widely accepted theory is that Past life regression is the process of leading the mind back to one or more previous lives in order to understand particular fears or challenges you’re facing in the present. Another theory is that of sub-personalities: we all take on archetypal personalities in different circumstances. For example, a person with a fear of public speaking may be acting out the character of a warrior going into battle. Obviously, not so useful in that context if the audience is being perceived as the enemy! By exploring and healing that character it becomes possible to release any fears and have a more appropriate response. The idea being that archetypes all form parts of our psyches and by healing those archetypes we can become freer of old patterns. Many people find past life regression a very effective tool for understanding and overcoming fears, obsessive behaviors, difficult relationships, personality tendencies and life patterns. Whether past lives are real memories or simply fabrications of our unconscious mind, past life regression is still an effective method to help us understand the lessons learned and apply them to the present. Remembering back into previous times of our present life can also help us discover and heal memories that might be affecting our choices today.

How long does a consultation take?

Consultations can be booked as a 2 hour or 3 hour block. Any further consultations are 11/2 or 2 hours.

What happens during a session?

There are five stages to a Past Life session.

What if I get stuck in the life?

You can't get stuck in the life, at the very most it would just turn into natural sleep. You'll be in a slightly altered state of awareness which allows you to sense the Past Life and still be aware of me. If at any time you want to stop the session or go to the toilet, that'll be fine.

What state am I going to be in after a past life regression?

You'll be in a normal, everyday, alert state of mind. You go into a nice, calm, relaxed state during the session and when you've completed the work I count you up into your everyday, ordinary, feet on the ground self. It works very well. We go in and out of varying states of relaxation everyday anyway. For example, we may get engrossed in a book and be "miles away" but when we want a drink or to go to the toilet, we come back into a full awareness of our bodies and easily do what we want to do.

Do you believe in Past Lives?

You don't have to believe in past lives to benefit from the process. Some people believe its genetic memory which is accessed and others believe that it's memories from the collective unconscious. Certainly, there is some convincing research which verifies the possibilities of past lives, but in the end it's everyone's personal decision.

It's not for entertainment and I'm not the one in control. It's about a partnership between therapist and client. I facilitate the session but I need your willingness and cooperation. You can come out of the session whenever you want. You'll be aware of what's going on.

What is the fee for a past life regression? 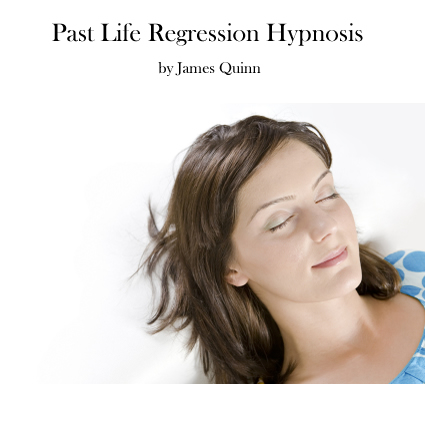 This past life regression hypnosis download is designed to guide you into a deep state of relaxation in order to access and heal your past lives. It uses binaural beat brainwave entrainment technology to help you access the theta brainwave state. It will take you on a journey into a past life that is relavent to an issue that you decide to work on and then on into the spirit realm to do any healing required. The past life regression lasts 60 minutes.

£50 OFF PAST LIFE REGRESSION OFFER 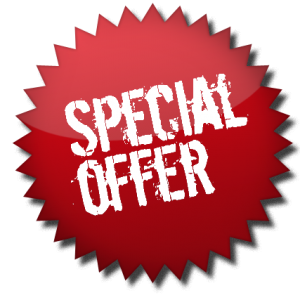